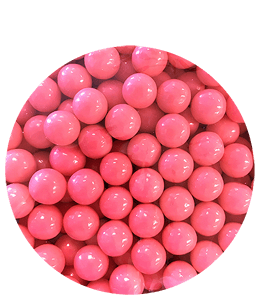 What is Baker-Miller Pink Color?

Baker-Miller Pink is a strong purplish pink color similar to the color of certain bubblegums available in the market because of which the color is also known to as bubblegum pink. There is an interesting history to this color and it has been the center of a fair bit of research and controversy.

In the late-1970s, inspired by the work of Max Lüscher, Alexander Schauss started experimenting on color and how it influences human behaviour including muscle strength and the cardiovascular system. He found that staring at a 18x24 inch board painted with a certain shade of pink markedly reduces the heart rate, pulse and respiration especially after strenuous exercise.

Dr. Schauss was able to convince the directors of a Naval correctional institute in Seattle to paint the interior of the holding prison cells with this pink color. This way the changes in the behaviour of prisoners could be studied. It was observed that hostility and erratic behaviour was substantially reduced in inmates which was directly attributed to this pink color.

The color can be applied on web pages via HTML and CSS code with its hex, RGB and HSL values. Please note that the CMYK numbers listed on this page have been derived from the hexadecimal code using known formulae and are only approximates.
Other names: Bubblegum Pink and Drunk Tank Pink

The complement of Baker-Miller Pink is Aquamarine with the hex code #91FFE1. Complementary colors are those found at the opposite ends of the color wheel. Thus, as per the RGB system, the best contrast to #FF91AF color is offered by #91FFE1. The complementary color palette is easiest to use and work with. Studies have shown that contrasting color palette is the best way to grab a viewer's attention.

Baker-Miller Pink triadic color palette has three colors each of which is separated by 120° in the RGB wheel. Thus, #AFFF91 (Mint Green) and #91AFFF (Jordy Blue) along with #FF91AF create a stunning and beautiful triadic palette with the maximum variation in hue and, therefore, offering the best possible contrast when taken together.

The tetradic palette of Baker-Miller Pink has four colors - #AFFF91 (Mint Green), #91FFE1 (Aquamarine) and #E191FF (Bright Lilac) in addition to the base color (#FF91AF). A tetradic color palette is complex and, in most cases, should not be used off-the-shelf. We suggest tweaking the colors slightly to achieve desired results.

Baker-Miller Pink square color palette has #E6FF91 (Mindaro), #91FFE1 (Aquamarine) and #AA91FF (Bright Lavender). Quite like triadic, the hues in a square palette are at the maximum distance from each other, which is 90°.
Note: For several colors purposes, a square palette may look much better than the tetrad color palette.

Our Baker-Miller Pink rainbow color palette is based on the RGB model and consists of 7 colors, just like the traditional rainbow. You might not see a lot of variation in color, especially if the chosen color is dark or extremely light. However, this can lead interesting rainbow palettes that are faded, soft, pastel or dull.