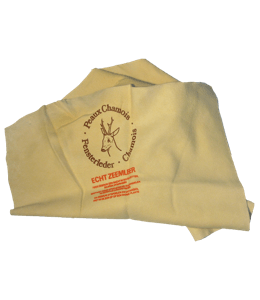 What is Buff Color?

Buff is a brownish yellow color of undyed fine leather. The name probably originates from buffalo leather, though it could have come from the leather of other bovine animals. Traditionally, buff has been used extensively in military uniforms because it offers good camouflage in desert (sand), soil and dry vegetation areas.

The hex code of buff is #F0DC82 and the RGB numbers are (240, 220, 130). It is not a part of the web colors list and hence should be used in HTML and CSS code with these values and NOT its name.
Buff, as a color, is more common that you would imagine. It’s the color of Manila paper, envelops used in commercial mailing and occurs in several U.S. state flags. As a side note, the funnels of the Titanic were “buff with a black top”. Also, the American phrase “buff” meaning enthusiast (or expert) might be derived from the color of the uniforms worn by volunteer firefighters.

The complement of Buff is Vista Blue with the hex code #8296F0. Complementary colors are those found at the opposite ends of the color wheel. Thus, as per the RGB system, the best contrast to #F0DC82 color is offered by #8296F0. The complementary color palette is easiest to use and work with. Studies have shown that contrasting color palette is the best way to grab a viewer's attention.

The analogous colors of Buff (#F0DC82) are Yellow-Green (Crayola) (#CDF082) and Vivid Tangerine (#F0A582). In the RGB color wheel, these two analogous colors occur to the right and left of Buff with a 30° separation on either side. An analogous color palette is extremely soothing to the eyes and works wonders if your main color is soft or pastel.

Buff triadic color palette has three colors each of which is separated by 120° in the RGB wheel. Thus, #82F0DC (Aquamarine) and #DC82F0 (Bright Lilac) along with #F0DC82 create a stunning and beautiful triadic palette with the maximum variation in hue and, therefore, offering the best possible contrast when taken together.

The tetradic palette of Buff has four colors - #82F0DC (Aquamarine), #8296F0 (Vista Blue) and #F08296 (Tulip) in addition to the base color (#F0DC82). A tetradic color palette is complex and, in most cases, should not be used off-the-shelf. We suggest tweaking the colors slightly to achieve desired results.

Buff square color palette has #82F0A5 (Light Green), #8296F0 (Vista Blue) and #F082CD (Princess Perfume). Quite like triadic, the hues in a square palette are at the maximum distance from each other, which is 90°.
Note: For several colors purposes, a square palette may look much better than the tetrad color palette.

Our Buff rainbow color palette is based on the RGB model and consists of 7 colors, just like the traditional rainbow. You might not see a lot of variation in color, especially if the chosen color is dark or extremely light. However, this can lead interesting rainbow palettes that are faded, soft, pastel or dull.