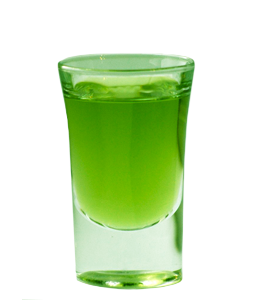 What is Chartreuse Color?

Chartreuse lies between yellow and green. It was named after the color of a French liqueur of the same name. The original Chartreuse was more green than yellow and a later variety was the opposite, having more of a yellow tint than green.

Included in the X11, and later, the web colors list, Chartreuse lies exactly halfway between yellow and green and is extremely bright/vivid when displayed on the screen. The color can be used with its name in HTML and CSS code in addition to its hex value (#7FFF00), RGB, CMYK or HSB numbers.

The complement of Chartreuse is Violet (Color Wheel) with the hex code #8000FF. Complementary colors are those found at the opposite ends of the color wheel. Thus, as per the RGB system, the best contrast to #7FFF00 color is offered by #8000FF. The complementary color palette is easiest to use and work with. Studies have shown that contrasting color palette is the best way to grab a viewer's attention.

Chartreuse triadic color palette has three colors each of which is separated by 120° in the RGB wheel. Thus, #007FFF (Azure) and #FF007F (Bright Pink) along with #7FFF00 create a stunning and beautiful triadic palette with the maximum variation in hue and, therefore, offering the best possible contrast when taken together.

The tetradic palette of Chartreuse has four colors - #007FFF (Azure), #8000FF (Violet (Color Wheel)) and #FF8000 (Orange (Color Wheel)) in addition to the base color (#7FFF00). A tetradic color palette is complex and, in most cases, should not be used off-the-shelf. We suggest tweaking the colors slightly to achieve desired results.

Chartreuse square color palette has #00FFFF (Aqua), #8000FF (Violet (Color Wheel)) and #FF0100 (Red). Quite like triadic, the hues in a square palette are at the maximum distance from each other, which is 90°.
Note: For several colors purposes, a square palette may look much better than the tetrad color palette.

Our Chartreuse rainbow color palette is based on the RGB model and consists of 7 colors, just like the traditional rainbow. You might not see a lot of variation in color, especially if the chosen color is dark or extremely light. However, this can lead interesting rainbow palettes that are faded, soft, pastel or dull.