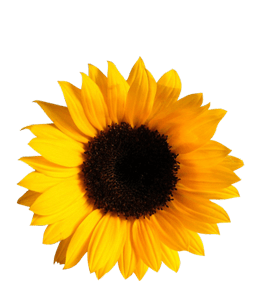 One of the primary colors of the RGB system along with red and blue, the hexadecimal code of green SHOULD be #00FF00 technically. Why? Because red is #FF0000 and blue is #0000FF. However, things got muddled up somehow. You see, the web colors (those that can be used by their English names in HTML and CSS) are based on the X11 list. In the X11 list, the hex code for green in #00FF00 which is ALSO that of lime.

The people who made the list of web colors assigned #00FF00 to lime and #008000 to green! Don't ask us. We didn't create those lists. To put it briefly, the first HTML (version 3.2), CSS (version 1.0) and VGA color lists have lime as #00FF00 and green as #008000. The web color names list of today carried on with these names and their corresponding hex codes.

This brings up an interesting, though controversial, question - should we even call it the RGB model? Shouldn't it be RLB? On this site, green refers to #00FF00 with the RGB values (0, 255, 0) as a homage to the X11 color list - the one that began it all.

The complement of Green (X11) is Fuchsia with the hex code #FF00FF. Complementary colors are those found at the opposite ends of the color wheel. Thus, as per the RGB system, the best contrast to #00FF00 color is offered by #FF00FF. The complementary color palette is easiest to use and work with. Studies have shown that contrasting color palette is the best way to grab a viewer's attention.

Green (X11) triadic color palette has three colors each of which is separated by 120° in the RGB wheel. Thus, #0000FF (Blue) and #FF0000 (Red) along with #00FF00 create a stunning and beautiful triadic palette with the maximum variation in hue and, therefore, offering the best possible contrast when taken together.

The tetradic palette of Green (X11) has four colors - #0000FF (Blue), #FF00FF (Fuchsia) and #FFFF00 (Yellow) in addition to the base color (#00FF00). A tetradic color palette is complex and, in most cases, should not be used off-the-shelf. We suggest tweaking the colors slightly to achieve desired results.

Green (X11) square color palette has #0080FF (Azure), #FF00FF (Fuchsia) and #FF8000 (Orange (Color Wheel)). Quite like triadic, the hues in a square palette are at the maximum distance from each other, which is 90°.
Note: For several colors purposes, a square palette may look much better than the tetrad color palette.

Our Green (X11) rainbow color palette is based on the RGB model and consists of 7 colors, just like the traditional rainbow. You might not see a lot of variation in color, especially if the chosen color is dark or extremely light. However, this can lead interesting rainbow palettes that are faded, soft, pastel or dull.