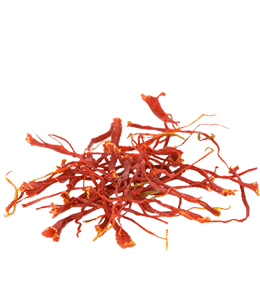 What is Saffron Color?

Saffron is a vivid yellow color which resembles the color of the spice when mixed in a white liquid, typically milk. Saffron as a color can range from the bright yellow shown on this page to a deep orange.

The color has great significance in several religions and cultures. In both Hinduism and its offshoot, Buddhism, saffron is regarded in high esteem and is almost always a part of religious ceremonies. It is a symbolic color in India and is one of the colors in the Indian flag. Saffron is the field color in the flag of the Sikh religion and the Bhagwa Dhwaj of the Maratha Empire.

The complement of Saffron is Ultramarine Blue with the hex code #3060F4. Complementary colors are those found at the opposite ends of the color wheel. Thus, as per the RGB system, the best contrast to #F4C430 color is offered by #3060F4. The complementary color palette is easiest to use and work with. Studies have shown that contrasting color palette is the best way to grab a viewer's attention.

The analogous colors of Saffron (#F4C430) are Pear (#C2F430) and Deep Carrot Orange (#F46230). In the RGB color wheel, these two analogous colors occur to the right and left of Saffron with a 30° separation on either side. An analogous color palette is extremely soothing to the eyes and works wonders if your main color is soft or pastel.

Saffron triadic color palette has three colors each of which is separated by 120° in the RGB wheel. Thus, #30F4C4 (Turquoise) and #C430F4 (Purple (X11)) along with #F4C430 create a stunning and beautiful triadic palette with the maximum variation in hue and, therefore, offering the best possible contrast when taken together.

The tetradic palette of Saffron has four colors - #30F4C4 (Turquoise), #3060F4 (Ultramarine Blue) and #F43060 (Radical Red) in addition to the base color (#F4C430). A tetradic color palette is complex and, in most cases, should not be used off-the-shelf. We suggest tweaking the colors slightly to achieve desired results.

Saffron square color palette has #30F462 (UFO Green), #3060F4 (Ultramarine Blue) and #F430C2 (Razzle Dazzle Rose). Quite like triadic, the hues in a square palette are at the maximum distance from each other, which is 90°.
Note: For several colors purposes, a square palette may look much better than the tetrad color palette.

Our Saffron rainbow color palette is based on the RGB model and consists of 7 colors, just like the traditional rainbow. You might not see a lot of variation in color, especially if the chosen color is dark or extremely light. However, this can lead interesting rainbow palettes that are faded, soft, pastel or dull.

Photo credits: pngguru.com
Color-Name is on instagram now!Follow us to get inspiring patterns everyday