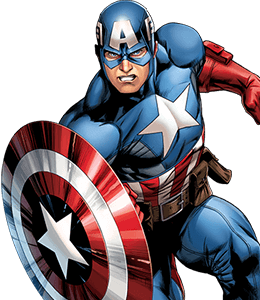 So what’s your favorite color?

Whatever you choose for your stationery is your favorite color because it’s where you pour your heart out.
– Mary E. Pearson

Color-Name.com began when the two of us had a difference of opinion over a trivial issue. In front of us was a plain piece of 200 gsm paper (A4) of a deep reddish brown color. My friend insisted on calling it burgundy while I thought it was maroon.

In all honesty, I lost the argument! The color was closer to burgundy than maroon.
FYI, we arrived at that conclusion after asking several people and doing a whole lot of research on the web.

And this is how we became obsessed with colors and their names. By the way, we weren’t strangers to using colors being professional graphic designers and artists. However, an in-depth knowledge of color wasn’t part of our studies and academics. We understood color how it works; that was, after all, how we make our living. But we weren’t well versed with the histories of color and how they were named.

It turns out most, if not all, colors have beautiful and, sorry for the pun, colorful past. There are stories… crazy colorful stories, some of them! For instance, Scheele’s Green is responsible for the deaths of hundreds or even thousands of deaths. Historians suspect that the color may have slowly poisoned Napoleon Bonaparte with arsenic!

Or Mauveine, one of the first synthetic dyes, was created by accident. The 18-year-old inventor of this dye, William Henry Perkin, realised its potential and quickly applied for a patent. He soon became a very rich man. Mauveine color was instrumental in starting fashion trends and ensured that bright colorful clothes weren’t just for the wealthy.

Did you know that, originally, pink was the chosen color of boys and blue was for girls? Yes!
Pink, being closer to red, which almost always symbolises ‘blood’, was considered to be a robust color and more suited for young boys. Blue was perceived as a gentle hue befitting girls.

We thank you for visiting our site and hope you have fun in learning about color names just like we have had, and continue to have, in knowing more about colors, their histories, their names and their impact on our societies and the world.
Lastly, the name of burgundy comes from the territory in France known for wine production!